Over time, IBM released its share of OS/2 betas. In the early days, betas were distributed on floppies, but by the time OS/2 Warp was in development, things had shifted towards CDs. After all, the choice was between one or two CDs and a large pile of floppies. 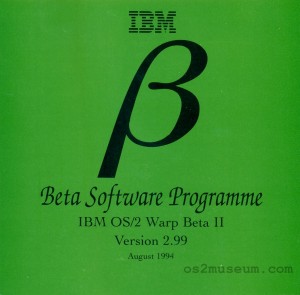 IBM did not use the Internet for distributing OS/2 betas, since commonly available bandwidth could not keep up with the size of OS/2 releases in the 1990s and the beginning of the 2000s (even in 2000, downloading ~600MB over the Internet would have been impractical for the vast majority of users). However, IBM did distribute beta versions of OS/2 software such as Netscape Navigator or Java over the Internet.

The packaging of OS/2 betas varied widely. In some cases, the beta CDs looked almost exactly like the final version, as in the case of the OS/2 Warp pre-release from summer 1994: 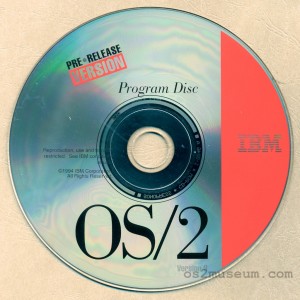 In other cases, the CDs were very clearly labeled as beta software and only slightly resembled the final release, as with this OS/2 Warp 4 beta: 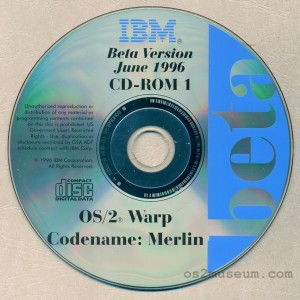 And in yet other instances, the disks didn’t look like much at all, as with this MCP2 preview: 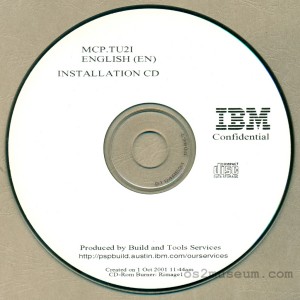 The packaging to a significant extent depended on the intended audience and how widely the beta was distributed. More widely distributed betas tended to get nicer packaging, while builds sent only to developers were rather bare-bones.

The IBM OS/2 lab in Boca Raton (later Austin) wasn’t the only source of OS/2 betas. There were numerous betas released by IBM EMEA (Europe, the Middle East, and Africa), such as this Warp Server beta: 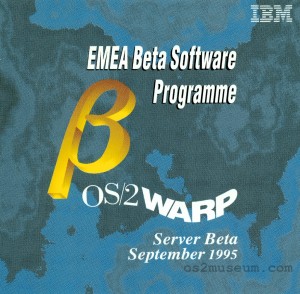 It is likely that there were other, non-English beta releases of OS/2 produced by other IBM offices around the world.

It would be inexcusable not to mention the OS/2 for PowerPC beta from late 1994: 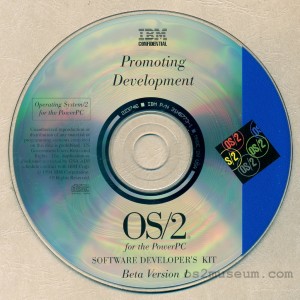 And here’s a preview of the last “real” OS/2 release, OS/2 Warp Server for e-business: 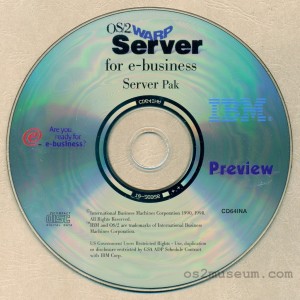