Something rather unexpected happened over the weekend: disk images of the near-mythical multitasking DOS 4 suddenly popped up. 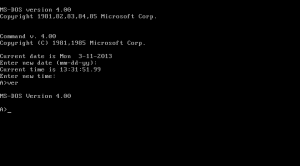 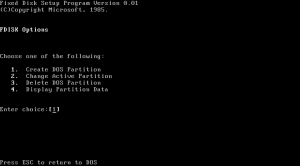 The big difference is that this version of DOS includes an optional “session manager” (SM.EXE) which allows starting additional programs and switching between them: 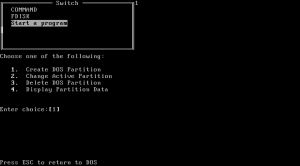 The files are from late November 1985; it is unknown if and how different this version is from the actual multitasking DOS 4.0 release shipped to OEMs. The package contains both classic MZ-format executables as well as segmented NE-format modules more similar to Windows and OS/2. The session manager and hard-error pop-up are rather reminiscent of OS/2, while the .PIF files resemble Windows. The NE format was of course shared by all three.

A deeper dive into multitasking DOS 4.0 will follow sometime soon…

This entry was posted in DOS, Microsoft. Bookmark the permalink.