Somethings things just don’t make much sense. Like this, for example: 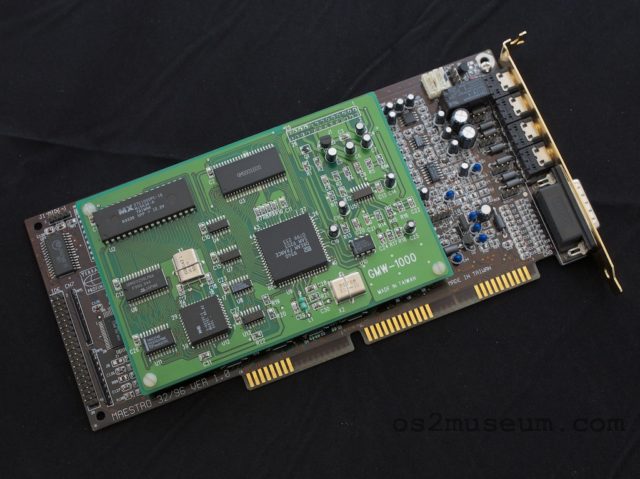 What’s unusual about an ISA sound card with a wavetable daughterboard? Nothing. But experts will recognize that the host card is a Terratec Maestro 32/96, which already has a built in-synth.

There oddest things about this setup is that the host card’s synth is essentially a superset of the one on the daughterboard. For that reason, the daughterboard’s presence has very questionable utility. 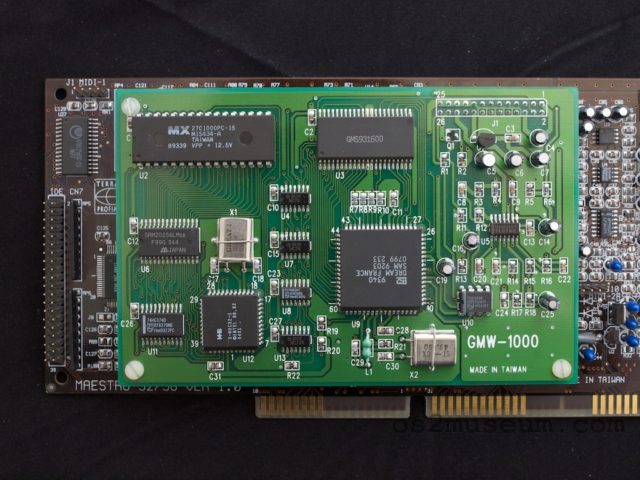 The synth is a Dream 9203 with separate MCU (a MHS-made Intel 8032) and GMS931600 ROM, i.e. a 2MB (16 megabits) General Midi / Sound Canvas instrument bank. The 9203 is a pure wavetable synthesis chip with no effects and (obviously) requires an external MIDI processor.

For comparison, this is what the synth on the Maestro 32/96 looks like: 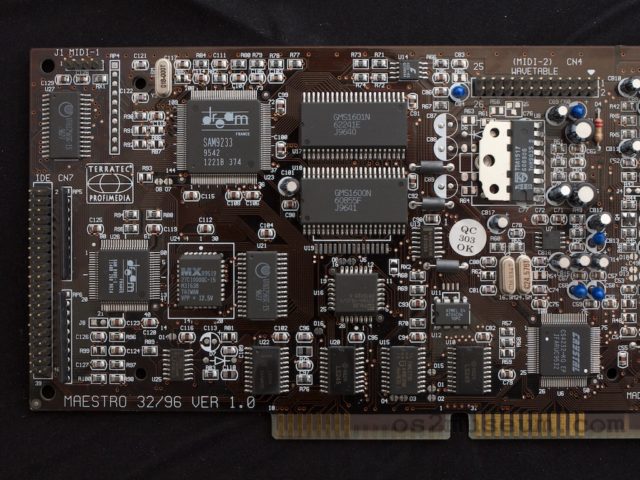 The core synth is a Dream 9233, a newer version of the 9203 with integrated MCU, and there’s also a Dream 8905-1 effects processor (reverb + chorus). There are two ROM chips, GMS1600N and GMS1601N, for a total of 4MB ROM containing General Midi / Sound Canvas instruments.

In other words, the synth on the Maestro 32/96 is a significantly improved version of the GMW-1000. So what’s the point? That’s anyone’s guess.

The unusual thing about the Maestro 32/96 is that it’s one of the very few ISA sound cards which have a built-in synth accessible via a MPU-401 interface, but can also take a full-size Wave Blaster compatible daughterboard controlled through a secondary MPU-401.

The daughterboard is therefore not unusable, but it’s questionable how it’s useful. If the daughterboard were a significantly different instrument (say, a Yamaha DB-50XG or a Creative Wave Blaster II), it would be easier to understand. As it is, the only possible utility the daughterboard might have would be to expand the polyphony of the built-in synthesizer. Is that’s really why it was installed? We’ll probably never know.

This entry was posted in Sound. Bookmark the permalink.

2 Responses to What’s the Point…