One of the better PC magazines back in the day (that is, in the 1980s) was PC Tech Journal (or PCTJ for short), a sister periodical of PC Magazine published by Ziff-Davis. While PC Magazine was targeted at the general computer-buying public, the PC Tech Journal‘s audience were computer professionals—software developers and information systems managers. 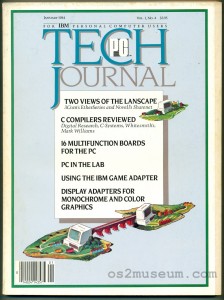 PCTJ had a fairly high content to advertising ratio and the issues ran to around 200 pages rather than 300+ of the more ad-heavy magazines. Every issue contained several in-depth technical articles, as well as product reviews and product comparisons. Among the focus areas were development tools (assemblers, C/Fortran/Pascal/Basic etc. compilers), database managers, and networking software.

Unlike BYTE for example, PC Tech Journal was not targeted at hobbyists. Among the early topics was for example mainframe connectivity and LANs. The former was only of interest to corporate professionals, and while LANs are widespread nowadays, around 1984 it was a technology more or less limited to larger companies. 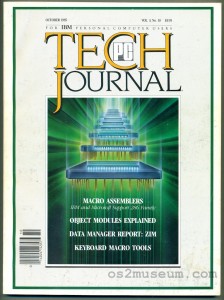 The audience of PCTJ was probably quite similar to that of InfoWorld, but the publications were very different. While InfoWorld was a news-oriented weekly, PCTJ was a monthly with emphasis on in-depth reports and technical articles. 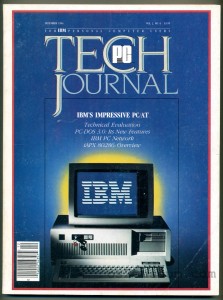 Not surprisingly, thanks to its corporate orientation PCTJ covered IBM’s PS/2 hardware and OS/2 software in good detail. Even before OS/2 was on the horizon, PCTJ also covered Windows development. 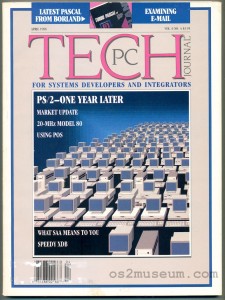 Quite common in PCTJ were programming articles examining various aspects of PC hardware: timers, EGA, keyboards, and so on. Among the authors were for example Michael Abrash, Ray Duncan, Jeff Duntemann, or Bob Smith (of Qualitas, Inc.). 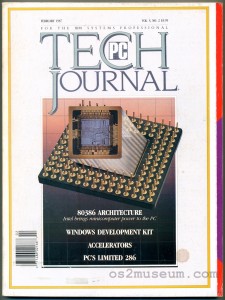 PC Tech Journal‘s editor-in-chief was Will Fastie. The first bi-montly issue was July-August 1983. The final issue of PC Tech Journal was published in April 1989. 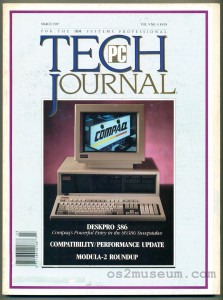 Being a publisher of both, Ziff-Davis advertised PC Tech Journal in PC Magazine and vice versa. Clearly the thought was that there was some overlap but also enough differences between the two magazines. 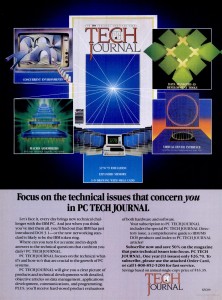 For whatever reason, PC Tech Journal has not (yet?) joined the ranks of InfoWorld, PC Magazine, BYTE, or ComputerWorld and is not available online. The OS/2 Museum is fortunate to have a more or less complete set of 1983-1987 issues of PC Tech Journal. The best part might be the 1988 PC Tech Directory (Vol. 4 No. 13), the last annual special issue which, among other things, includes a complete article index of all previous issues. Given that PCTJ ceased to be published soon after, the article index covers all but four PC Tech Journal issues, and because PCTJ content can’t be googled, it’s a great way to find specific articles.

As luck would have it, one of the issues missing in the OS/2 Museum’s collection is Vol. 5 No. 11 (November 1987). This was an issue devoted to OS/2 and that may very well be why it’s missing (because someone snagged it years ago). 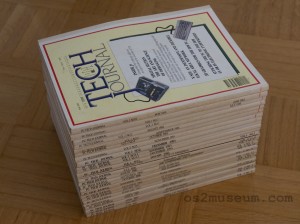 Nowadays PC Tech Journal remains an excellent source for PC history research. It provides a good insight into the world of professional PC use in the 1980s—what was hot, what was not, the trends and the technology. And as usual, the ads are worth looking at too, if for no other reason then because it is interesting to trace the evolution of ad copy visual design.

This entry was posted in PC history, PC press. Bookmark the permalink.