In December 1994, IBM shipped the first beta version of OS/2 for the PowerPC to selected developers. This beta included the PowerPC operating system as well as Intel-based cross-development tools that ran on OS/2 2.11 or Warp. 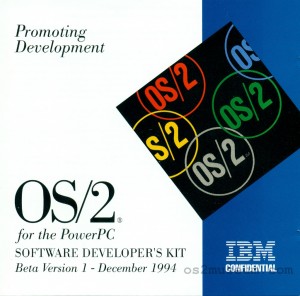 The operating system naturally required a PowerPC system to run on. In late 1994, there was only a single machine that OS/2 for PowerPC supported: IBM Personal Computer Power Series 440, also known as Model 6015 or Sandalfoot. This system was very similar to the RS/6000 Model 7020 (40P). The difference was that the Power Series used PReP firmware, rather than OpenFirmware.

Except for the CPU, the Power Series 440 was not substantially different from Intel-based PCs of the era. It was built around PCI/ISA bus, and unlike the later Power Series 830/850 used SCSI storage. The processor was a 66 MHz PowerPC 601 and the system was capable of running in either little-endian (OS/2, Windows NT) or big-endian mode (AIX, Solaris, Linux). 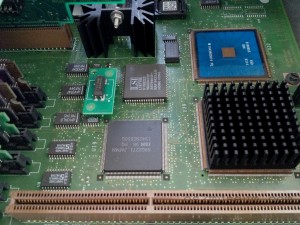 OS/2 for PowerPC was a strange beast, an OS/2 “personality” sitting on top of the Mach kernel. The OS/2 layer was never quite finished and lacked networking support, even though basic networking (such as TFTP) was provided in the Mach kernel. It is quite possible that this major omission was caused by the fact that the (Intel) OS/2 networking stack—LAN Requester/LAN Server—was built on 16-bit LAN Manager code, with a number of special hooks in the OS/2 kernel, and was thus not easily portable. 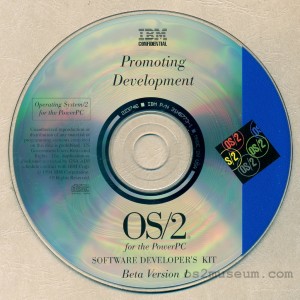 The cross-development tools were (perhaps surprisingly) built around MetaWare’s High C compiler. In late 1995, IBM also released (as part of the Developer Connection program) its own VisualAge C++ cross-compiler targeting OS/2 for PowerPC.

By the time OS/2 for PowerPC was officially released (December 1995), the project had been essentially canceled. While the basic OS was functioning, it was incomplete. The OS/2 for PowerPC Overview booklet shipped with the OS cautioned that “information that accompanies this product, such as online books, messages, text on windows and buttons, might have references to networking products (Connect). Please note, there is no networking function available with OS/2 Warp (PowerPC Edition).” 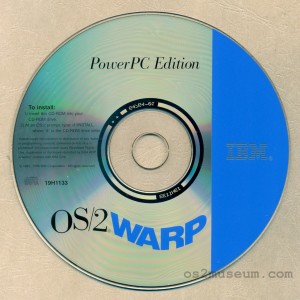 The hardware compatibility list in the final OS/2 for PowerPC version was hardly longer than the one in the December 1994 beta. Only two models were supported, IBM Personal Computer Power Series 830 and 850. These were updated versions of the earlier Power Series 440, with IDE disks rather than SCSI but also a PowerPC 604 processor running at 100 or 133 MHz.

In retrospect, it is apparent that the whole RISC vs. CISC “war” was bogus (not unlike the Type 1 vs. Type 2 hypervisor tussle more recently). What matters to customers is performance, features, and price; not a label. Creating a whole PowerPC ecosystem to compete with Intel would have required the PowerPC machines to be either significantly cheaper or significantly faster than they actually were.

8 Responses to OS/2 for PowerPC Tidbits