Don’t Let This Happen to You

Posted on November 4, 2013 by Michal Necasek

I recently got an old ThinkPad on eBay for a modest price. The seller marked it as defective, with absolutely no warranty. Since the ThinkPad came with a port replicator (the kind with two PCMICA slots) and an external 2.88MB floppy drive, I figured that even if the laptop is completely dead, the accessories are worth it (those 2.88MB drives aren’t easy to find!). The laptop itself seemed in decent enough shape, at least from the outside.

When the laptop arrived and I looked inside, it was obvious what’s wrong with it: 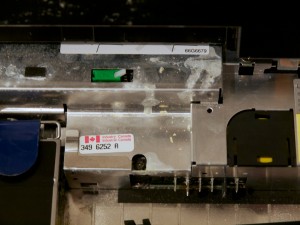 There had clearly been a nasty leak. Probably both the main battery as well as the small standby battery (both Ni-MH) had some leakage. Based on the location, it seemed like the standby battery caused most of the damage.

Some of the electrolyte(?) crystallized on the inside of the laptop case: 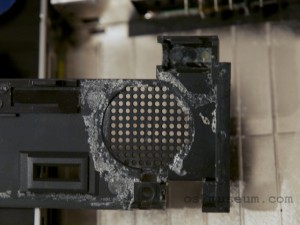 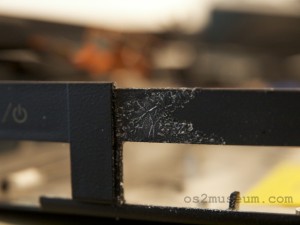 The CD-ROM drive was especially badly hit as the standby battery is located just underneath. 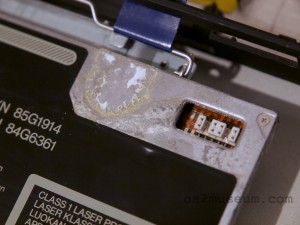 The laptop had probably not been used in about 10 years. It’s not entirely clear if the electrolyte flowed through the system or if it first leaked out to the bottom and then spread through evaporation.

And the best part? After some cleaning, the ThinkPad works again! Despite the corrosion of the metal parts, the electronics don’t appear to be damaged. IBM did build those laptops well.

Moral of the Story

Don’t leave NiMH (let alone alkaline!) batteries in devices you don’t use. They can damage the device. And if anyone tells you NiMH batteries don’t leak, they’re lying.

This entry was posted in PC hardware, ThinkPad. Bookmark the permalink.

10 Responses to Don’t Let This Happen to You