This Is How to Feed It

The question of how to feed an Intel SBT2 board has been answered thanks to a very kind blog reader. Interestingly, there are two different answers. The official one is this: 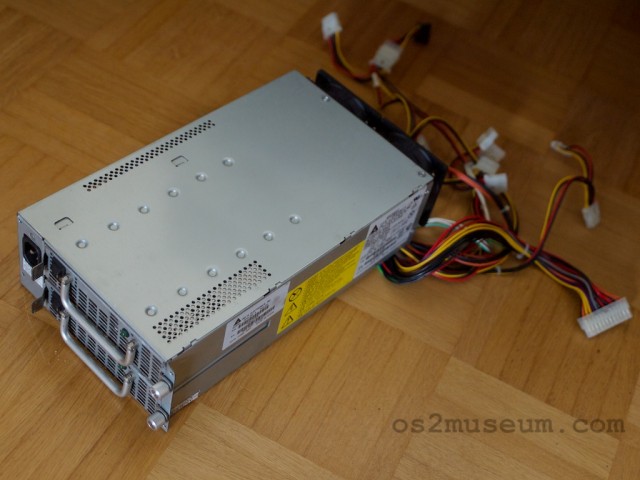 The Delta Electronics RPS-350 B power supply comes from a SC5000 chassis and is exactly what the SBT2 board calls for. It has the right 24-pin ATX-style power connector and the right 10-pin special I²C power connector, as well as the uncommon auxiliary connector. It’s a redundant power supply, meaning that the system should survive the failure of one of the two PSUs within the housing (notice the two handles on the back).

Not content to leave well enough alone, I wanted to see what happens if I replace the redundant SSI power supply with a regular ATX part. And surprise surprise… it worked! But only with the magic switch panel: 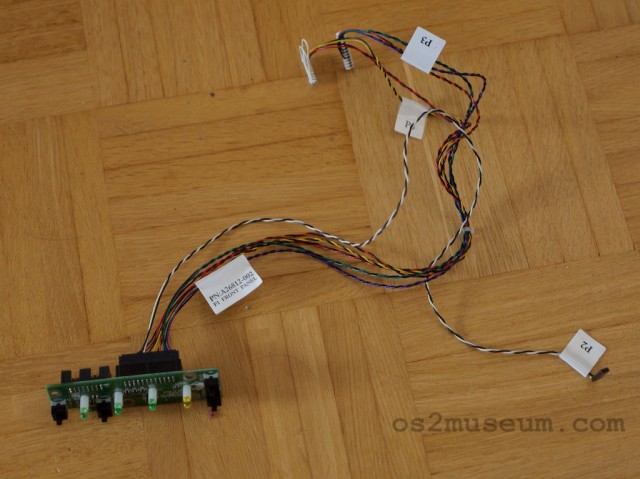 Interestingly, the switch panel has L440GX stamped on it—Intel’s L440GX+ server board was the predecessor of the SBT2 (it was a dual Slot 1 board for Pentium II and III processors), and the SC5000 chassis was designed for the L440GX+ board.

I have not been able to power up the SBT2 board by shorting the power-on pin, which is something that works fine with other Intel server boards from the same era, and more or less every other ATX board. On the other hand, it’s enough to connect the P4 connector of the switch panel to get things going.

So what have we learned? The SBT2 board does not require a SSI power supply, and neither the I²C nor the auxiliary connector are required for basic operation. However, there are a few caveats:

One thing that still mystifies me is why Intel built Cascades Pentium III Xeons with up to 2MB L2 cache and 100MHz FSB, but the newer 133MHz FSB Xeons only had 256KB L2 cache. It would be interesting to know what the relative performance was of a 900MHz/2MB/100MHz FSB Xeon vs. a 1000MHz/256KB/133MHz FSB Cascades Xeon. Most likely there wasn’t a clear winner.

Acknowledgements: Big thanks to Ivan Veršić for donating an SSI power supply, an older SBT2 specimen with two 933 MHz Xeons, and most importantly the switch panel from an old SC5000 chassis.

14 Responses to This Is How to Feed It