The GUI Has Arrived—The first release of the Presentation Manager

In a way, OS/2 1.0 was a stopgap product, useful in its own right but not representative of Microsoft’s and IBM’s vision for a modern desktop OS. Only with the release of the Presentation Manager was the initial implementation of that vision complete.

The major difference was naturally the addition of Presentation Manager, the windowing GUI subsystem. But there were other differences as well. 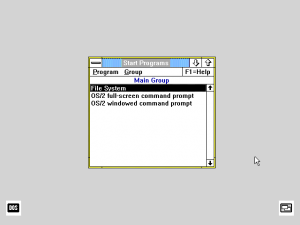 OS/2 1.1 could use larger than 32MB partitions, in a manner compatible with DOS 4.0 (OS/2 1.0 and DOS 3.x could not access the large partitions). However, FAT was still the only supported filesystem, with all its limitations.

Support for named pipes was added to the base OS. This feature was important for Microsoft’s LAN Manager and its IBM-branded cousins, the LAN Requester and LAN Server.

The print spooler was also enhanced, with new GUI control capabilities. This change was related to the Presentation Manager, but also affected printing from non-GUI applications.

A full-screen editor, E.EXE, was added; users could finally adjust system configuration files without needing to supply their own editor or having to resort to EDLIN. 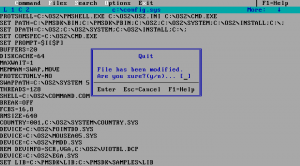 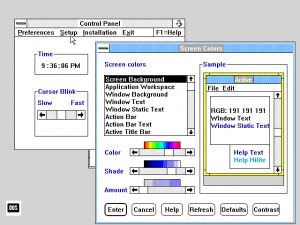 It should be noted that the Presentation Manager specification was completed before the release of Windows 2.0. And while Windows 2.0 was intended to be strictly upwards compatible with Windows 1.0, Presentation Manager was a “clean slate”. Its developers took it as an opportunity to clean up and improve the Windows API, without being concerned with either binary or source compatibility; the approach Microsoft later took with Windows NT was radically different.

One of the larger differences was in the drawing subsystem. Windows 2.0 used a relatively simplistic drawing engine with limited device independence. Presentation Manager used GPI (Graphics Programming Interface), developed by IBM, a much more advanced but also more complex system. One of the differences which in retrospect seems entirely gratuitous was an inverted coordinate system.

A smaller but still significant difference was in the composition of application windows. Where Windows used a single window with frame controls and a “client area”, PM employed a frame window with several separate child windows that included the window controls as well as the client window.

For this article, Microsoft OS/2 1.1 was installed in a virtual machine, using VirtualBox 4.0 with a small modification to let OS/2 read high-density floppy images.

The version used was an AST OEM version from September 1989, released relatively late in 1.1’s life cycle. This version was delivered on seven high-density 3½” floppies. As usual, the installation diskette needed patching to avoid crashing on fast CPUs (where anything better than a 486 counts as “fast”), and a relatively small virtual disk was used to avoid IDE geometry problems.

Some non-IBM releases of OS/2 1.1 supported dual booting with DOS. As mentioned earlier, OS/2 1.1 could utilize larger than 32MB disk partitions; in that case, DOS 4.0 had to be used for dual booting, since earlier versions would not recognize the larger partitions. The ability to coexist with DOS could be useful when OS/2 was rendered inoperable for some reason. Because DOS used the same file system, DOS-based tools could be used to repair damaged files. 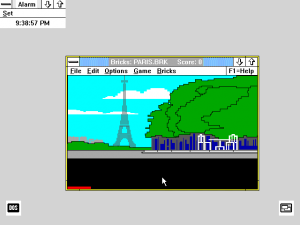 In hindsight, the slow uptake was not a surprise. Developing a Presentation Manager required a very different mind set than developing a DOS application. Much of the existing DOS code was not easily portable. Development tools were very expensive and somewhat slow in coming. Last but not least, not every application benefited from a large address space or a GUI. 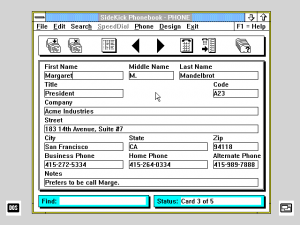 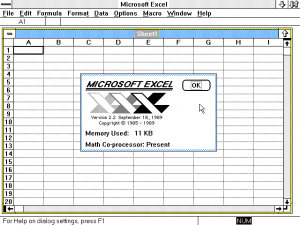 One of the applications which needed both a graphical interface and lots of memory was PageMaker 3.0 by Aldus, again a port of an existing Mac application. A version of PageMaker that could run on OS/2 1.1 was unfortunately not available for this article.

Unfortunately for Microsoft and IBM, even when these applications started actually shipping, customers still had reasons not to switch to OS/2. Applications like PageMaker were severely hampered by lack of printer drivers. Microsoft even shipped updated printer drivers with Excel. High-resolution display drivers were likewise in short supply.

For the most part, printer and display drivers were available for IBM hardware, but support for popular hardware such as the HP LaserJet was slow in coming. IBM naturally supplied drivers for its own hardware, not expecting anyone else to do the job for them. Microsoft likely underestimated how difficult it would to be to get OEMs to write drivers for a platform with only a few useful applications, and how hard it would be to get ISVs to write applications for a platform with only a few useful drivers.

In the end, OS/2 1.1 was a relatively short-lived product, with less than a year of useful life. By the time version 1.1 started nearing usability, OS/2 1.2 was released. In that version, both the Presentation Manager and the base operating system were improved enough that OS/2 1.1 was immediately obsolete, and there was little point in supporting it anymore.