How To Feed This Board?

I have a minor problem and it looks like this: 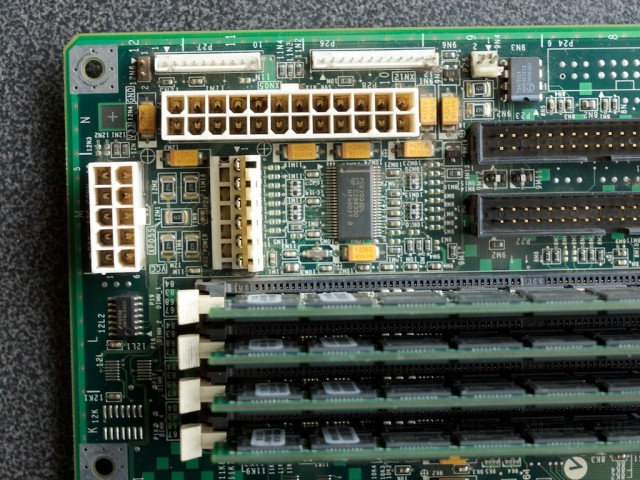 Those are the power connectors on an Intel Server Board SBT2, produced circa 2000. I can’t find the right thing to plug into them.

The 24-pin connector should be more or less regular ATX, but it’s not enough to power up the board (nothing happens when I short the power switch pins). I don’t know if the 10-pin connector is required to be used as well, or if perhaps the auxiliary connector in between has to be. It’s also possible that the board is simply dead, although there is no obvious damage. 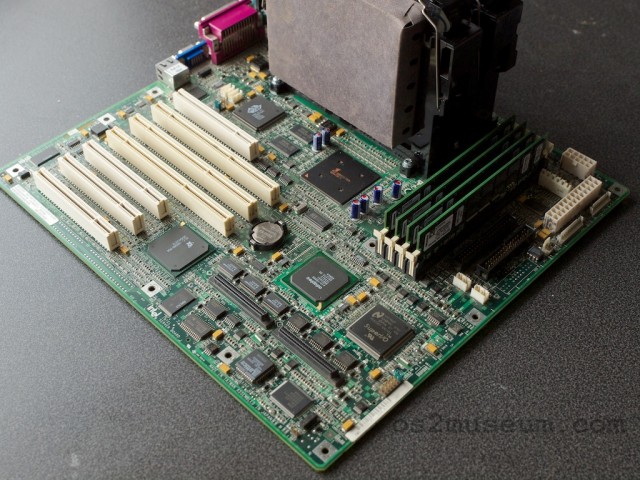 That big thing which looks like it’s made out of cardboard is, in fact, cardboard. It’s a spacer installed in an unused CPU slot in order to achieve proper airflow in a chassis.

It’s obviously a big board with 64-bit PCI slots, 4GB RAM, two SCSI channels (U160 LVD and Ultra Wide SE), integrated graphics, and a management processor. The board takes up to two Pentium III Xeons with 133 MHz front side bus and is built around the ServerWorks ServerSet III LE chipset. 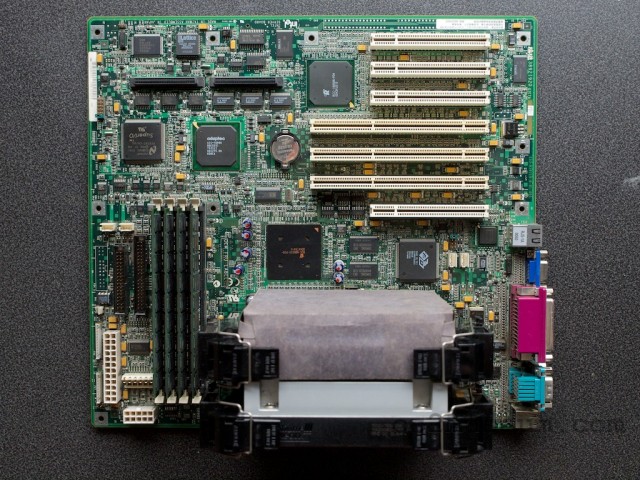 The manual mentions something about an SSI power supply. SSI (Server Side Infrastructure) seems to be, among other things, a power supply standard which is an offshoot of ATX and designed for servers. But where to find such a beast?

I don’t have a suitable chassis (such as Intel SC5000), so I can’t verify that the board works at all. Being a server board, the SBT2 doesn’t just power up—the BMC (Baseboard Management Controller) has to be booted up first, and only then can the rest of the system be powered. I have a suspicion that there might be a problem with standby power for the BMC, but that is just a suspicion.

Can this board be hooked up to a generic ATX power supply, and if so, how? If it requires a special SSI power supply, where to find one (that doesn’t cost an arm and a leg)?

This entry was posted in Intel, PC hardware, Xeon. Bookmark the permalink.

19 Responses to How To Feed This Board?