While there have been many shiny new chips in the metaphorical sense, x86 (and x87) chips have never been known to be literally shiny. The typical packaging is ceramic or some form of brushed metal, and neither of these surfaces is shiny. But there was one x86 (or rather x87) chip which was actually very shiny, with a gold sheen to it: 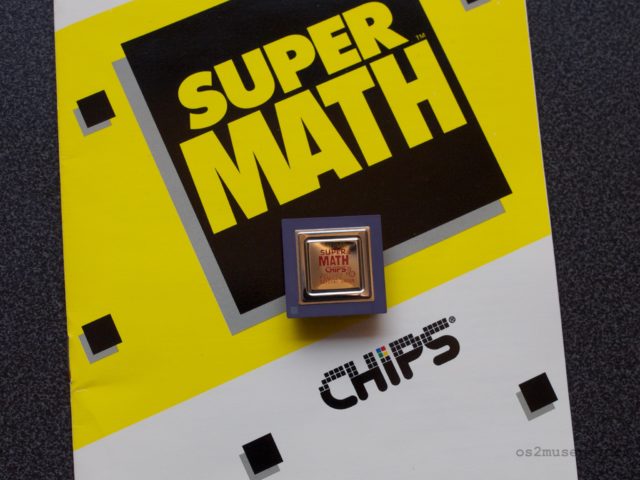 It’s a Chips & Technologies SuperMathDX chip aka J38700DX, a 387-compatible math coprocessor. It’s a relative of the similarly obscure C&T Super386 CPU (which is not shiny at all).

Taking photos of this chip is a little challenging. Not only does it have an almost mirror-like polish but the lid is concave. Here’s a photo which captures the surface of the chip: 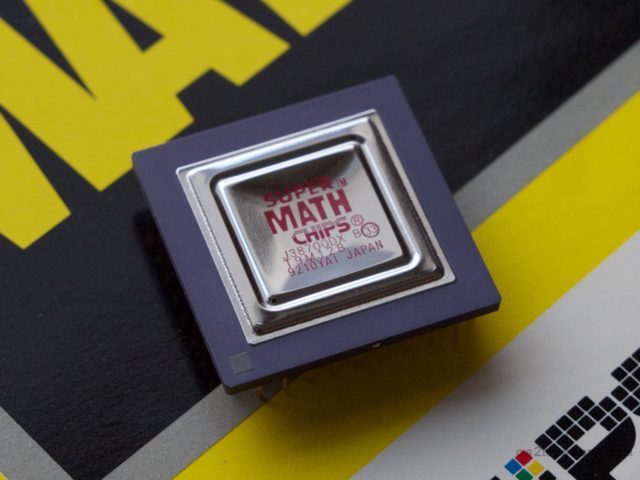 At a different angle, the same chip looks black and flat: 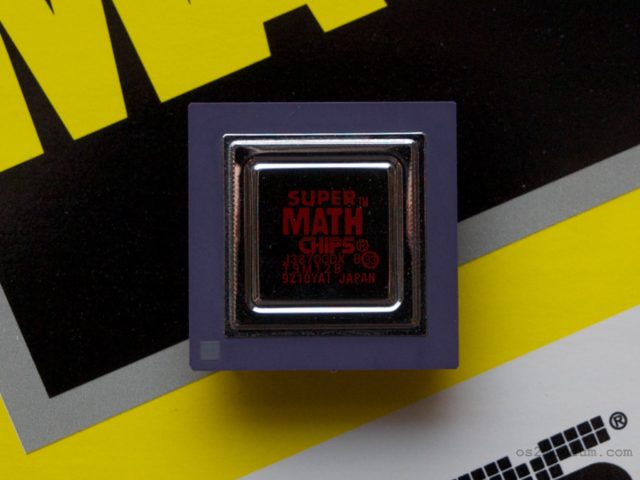 On the other hand, the bottom side of the chip is utterly boring and bears no markings whatsoever. 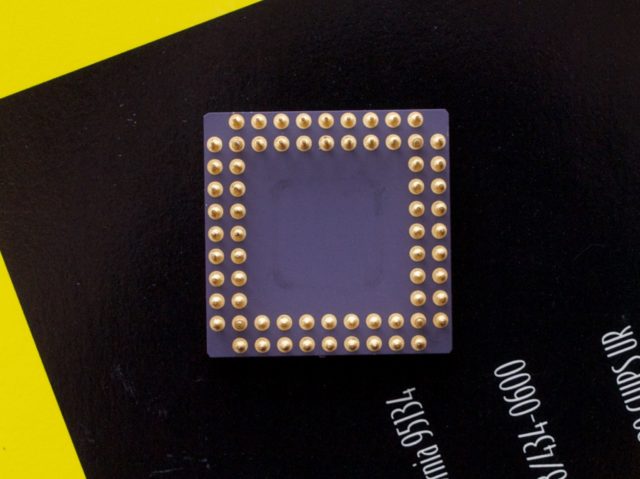 For fairly obvious reasons, the FPU market was much easier to break into than the CPU market. The only 386 clones were Cyrix and C&T, and only the former was successful. But 387 FPUs were made by Cyrix, IIT, ULSI, and C&T, with the first three producing significant quantities of chips.

This entry was posted in 386, C&T, PC hardware. Bookmark the permalink.