A few weeks ago a Seagate ST-225 drive more or less accidentally landed at the OS/2 Museum. The drive is nearly 30 years old (manufactured in late 1986) and rather interestingly, this particular unit comes with a label declaring it as “Manufactured for IBM Corporation, Armonk, New York”. 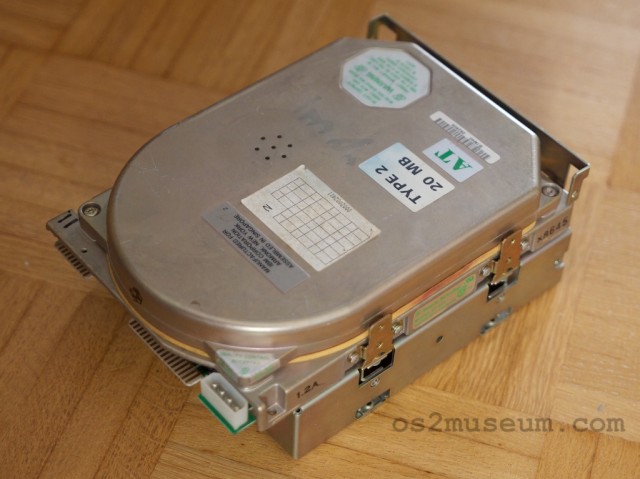 The drive’s functionality was unknown and doubtful but could not be immediately tested because I was missing one little piece—a pair of ST-506 style cables. After sourcing the cables I hooked up the drive to a 25 MHz 386 board through a true blue IBM fixed disk and floppy controller (68X3815, Western Digital chips). Was it going to work?

The drive spun up but did not boot. It did however get as far as printing a boot error from the MBR. So not completely dead. An examination with Norton Diskedit showed that the drive still contained data (PC DOS 3.3 and a few applications), but lots of sectors were marginal (mostly but not entirely unreadable) and the 4th head could not read anything whatsoever. 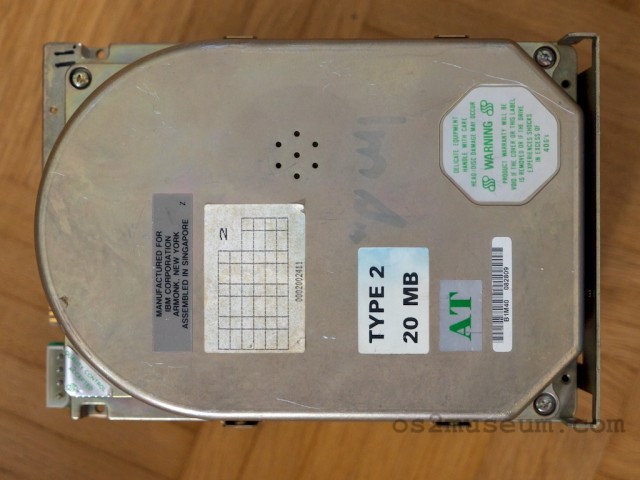 Of course the trouble with MFM hard disks is that the data path is entirely analog and data written by one controller is not necessarily readable by another controller. And I had no idea what controller this drive was previously used with. Clearly one which used the same general format (otherwise nothing would be readable) but perhaps not quite compatible with mine.

Still, there was just enough readable data that with a bit of luck I could read a sufficient amount of the FATs and root directory to look around the drive. It had been last used around 1992 judging from the timestamps. With the 4th head delivering no data there wasn’t much that could be recovered, and the FAT and root directory sectors were flaky enough that even ‘dir c:’ only worked some of the time. The data was too far gone for SpinRite to do anything.

After a while I gave up on recovering the data from the drive, especially because I was sufficiently confident that there wasn’t anything uniquely interesting. I ran the Seagate format utility on the drive, changing the interleave from 3:1 to 2:1 in the process.

After the format I did a quick verify, simply reading back all sectors. Zero bad sectors were reported! The drive also came with an empty defect list sticker, but this was still surprising. Next I ran much a more aggressive verification in the Seagate format utility which tries 9 different data patterns (and takes far longer). After good 8 hours, the results were in: zero defects.

I installed DOS and a few utilities on the disk and the next day ran SpinRite for a good measure. Again, no problems found. Amazing.

The Seagate ST-225 has a bit of a reputation for uncommonly high reliability. And that is something which can be judged after 30+ years. Zero defects after 30 years is impressive, and that’s a fairly dumb drive with no sector remapping or anything of that sort. It was just that well made. 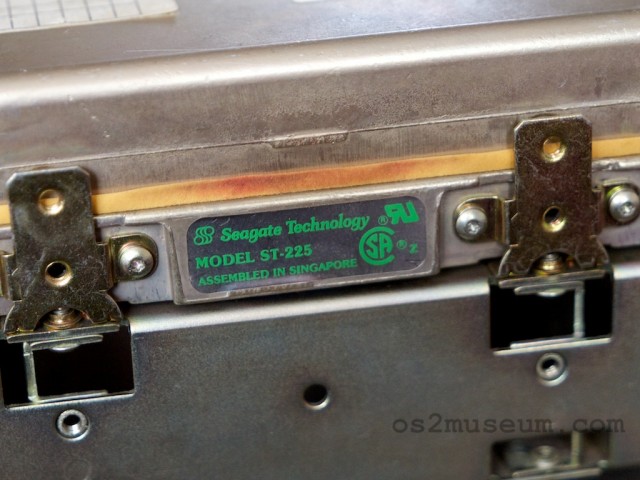 This is especially interesting (ironic?) when the ST-225 is compared with the original CMI (Computer Memories Inc) 20 MB drive built into the early PC/AT units. Those drives failed so often that CMI went out of business and IBM’s reputation took a serious hit.

It would be tempting to say “they don’t make them like that anymore” about the ST-225, but that’s something we’ll perhaps be able to say in another 30 years.

This entry was posted in PC hardware, Storage. Bookmark the permalink.