The installation floppies are labeled 12/91 and the files appear to have been finalized on Christmas Eve (December 24) of 1991. The labels read “IBM Operating System/2 S.E. Version: 2.0”; it’s not entirely clear what S.E. stands for—possibly Standard Edition, in line with OS/2 1.x SE, even though with 2.0 there was no EE (Extended Edition).

The 6.177 pre-release was very important for IBM because it was meant to fulfill certain promises made to customers, namely delivering OS/2 2.0 in 1991. That promise was kept and not kept: OS/2 2.0 LA was built before the end of the year, but it was only manufactured in larger quantities in mid-January 1992. It was also very limited availability indeed, not something anyone could just buy. And, obviously, it was not the actual public release of OS/2 2.0. 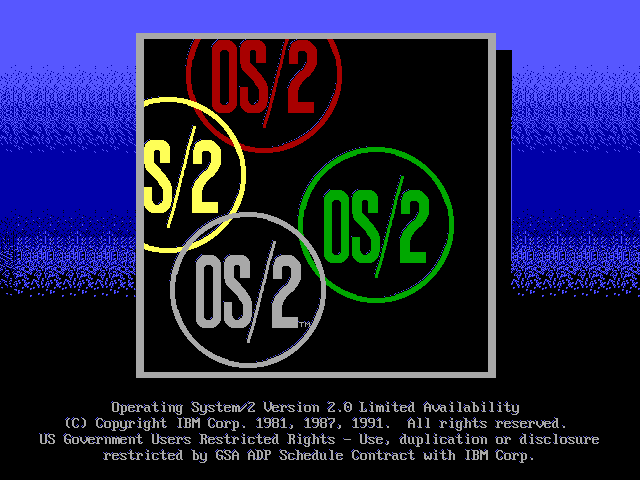 The notable feature of the 6.177 disks was that they did not say “pre-release” or “evaluation” or anything like that, and in fact IBM provided official support for OS/2 2.0 LA.

Visually, OS/2 2.0 LA looked quite a bit like the eventual GA, and there were few obvious differences. The Windows environment was renamed to “Windows for OS/2”, close to the final “WIN-OS/2” (not to be confused with the later “OS/2 for Windows”). 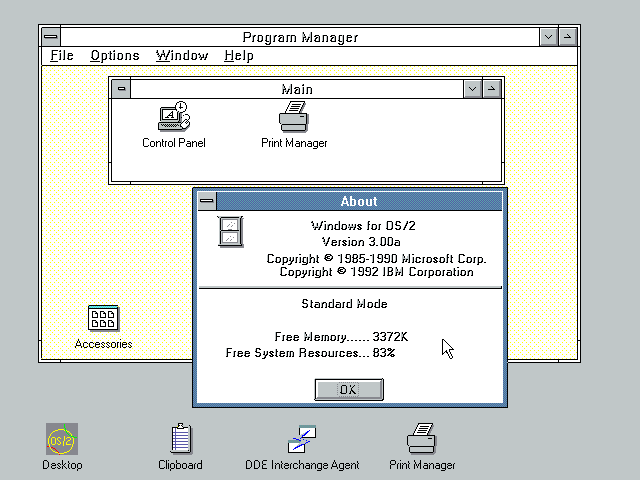 The desktop did not look noticeably different from the final release. 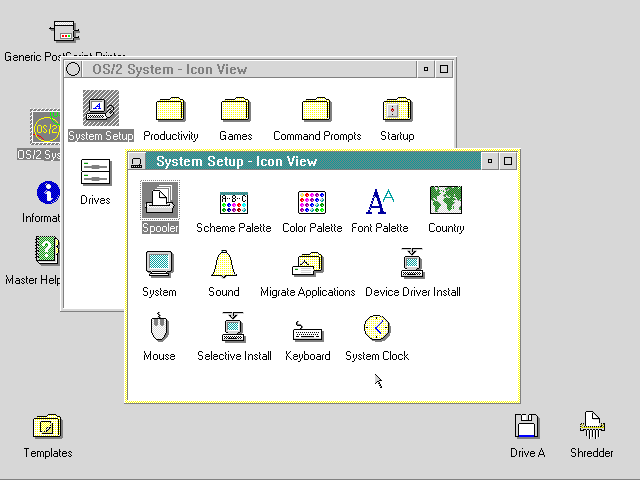 With Windows support included, OS/2 2.0 LA came in at relatively hefty 15 disks for the base OS (install + 14 system diskettes) and five driver floppies, for a total of 20 3½” HD floppies. 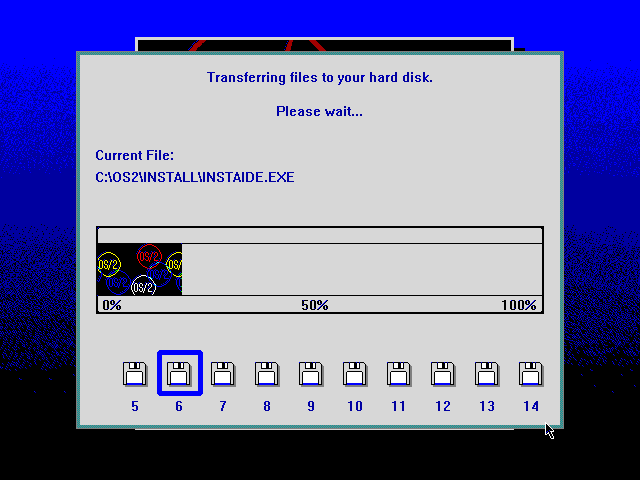 Perhaps the most significant technical difference from OS/2 2.0 GA was that LA still used the old-style monolithic disk drivers (amazingly, the new disk subsystem only hit the public in the last 6.304 beta, around February 1992).

DOS support was all there on the other hand: 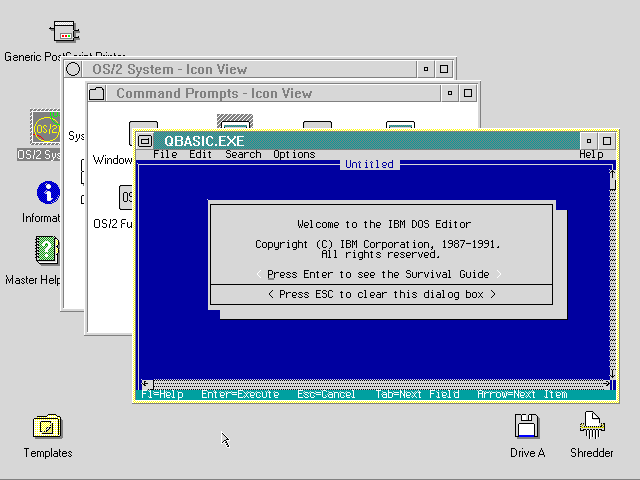 And the DOS settings dialog didn’t look too different either: 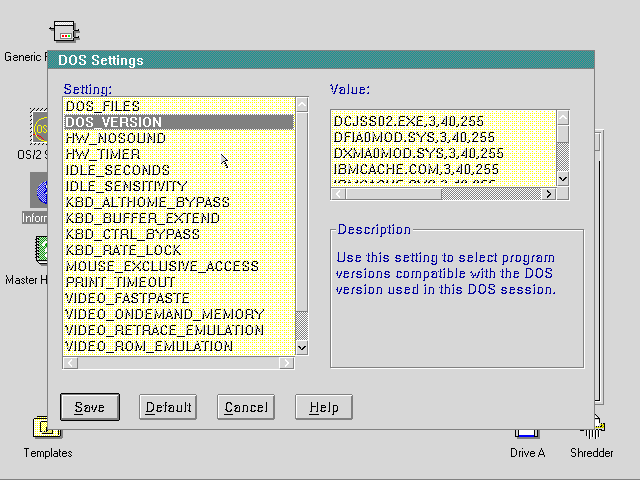 An interesting new behavior of 6.177 is that it halts the CPU when idle. All previous OS/2 versions never stopped executing code and 6.177 was the first to use the HLT instruction. This was presumably done to improve battery life of portables; on typical desktop machines (386, 486), halting the processor made little difference, but on Intel’s 386SL/486SL (Auto HALT Power Down) and IBM’s 386SLC/486SLC it brought potentially very significant power savings. And IBM was just about to introduce portables with Intel 386SL and IBM 386SLC processors in early 1992, with ThinkPads (486SLC) to follow later that year.

An announcement posted on the IBM BBS around January 5th, 1992 survived to this day. Note that EEP stands for Early Experience Program.

It is clear that IBM ran a fairly modern beta program, using the latest technology (BBS!) to communicate with users. Note that besides the IBM BBS there were at least two other ways to obtain this release from IBM, the EEP and DAP (Developer Assistance Program). While the OS/2 2.0 beta program was modern, it was not quite streamlined.

OS/2 2.0 Limited Availability is an interesting piece of computing history, a kind of non-release release. There are certain parallels with OS/2 for PowerPC, with the big difference that the OS/2 2.0 LA release only began the life of 32-bit OS/2, while the release of OS/2 for PowerPC was the end of that project. Both were truly limited availability, released more to satisfy promises IBM made to customers than for any other purpose.