Thanks to a generous reader, a curiously nondescript box labeled “OS/2 32-Bit Pre-release” recently turned up at the OS/2 Museum. The box looks very much like retail IBM products from the early 1990s, but has no identifying description except for a mysterious “PR00001” label. There is no real part number, no version number, no date. Given the professional packaging, I assumed it to be perhaps OS/2 2.0 LA from late 1991, or some other beta version not far from the final March 1992 release. After opening the box, I wasn’t much wiser. There were three loose sheets of paper constituting a “Getting Started” brochure. This included real gems such as “we believe the PS/2 Model 90 and the PS/2 Model 95 are supported at this time”. That does not exactly inspire a lot of confidence. 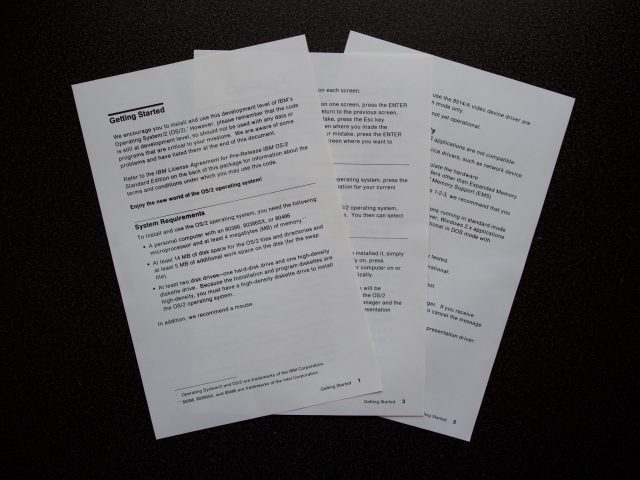 The Getting Started manual (all of it) 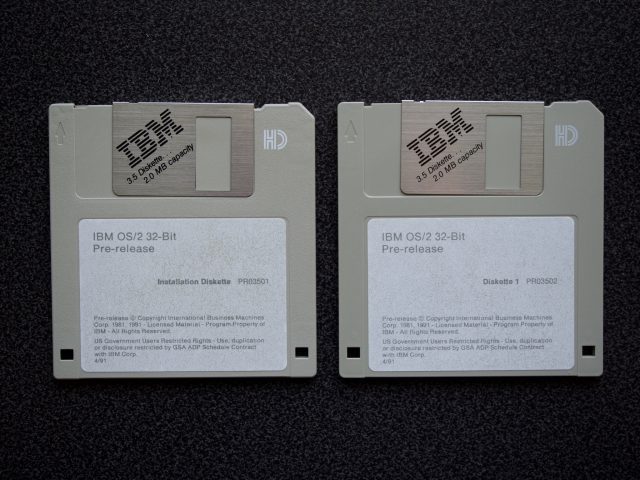 After checking the floppy contents (all 13 were error-free), a clearer picture emerged. The printer driver floppies were from late March 1991, which makes sense for an April 1991 release. But the rest was slightly older…

The system diskettes were created earlier, with timestamps from the first half of February 1991. The boot screen clearly reveals the vintage of this disk set: OS/2 2.0 internal revision 6.123 was reportedly the last (third) MS OS/2 2.0 SDK, released in February 1991. According to surviving fragments of information, build 6.123 was distributed by Microsoft as part of the complete SDK (including development tools and documentation), and separately distributed by IBM as a bare OS with no development tools, quite likely due to licensing issues (IBM probably did not have the right to re-distribute all of the required development tools owned by Microsoft). Who might have actually received the boxed pre-release from IBM is unclear. This particular box came from a former IBMer, not an IBM customer.

At first glance, build 6.123 looked a lot like the newer 6.149 revision (produced by IBM without Microsoft’s involvement). Many of the differences are mentioned in this contemporary review of build 6.149. The older 6.123 build did not come with MOST (Boot Manager), and the installer had no graphical part (it was essentially the same as the OS/2 1.2 installer, text mode only).

The 6.123 beta was probably the first pre-release of OS/2 2.0 distributed by IBM. Perhaps it could be called the “divorce edition”, still made by Microsoft just before Microsoft disowned OS/2. Revision 6.149 was the first post-divorce beta developed by IBM.

At first glance, OS/2 2.0 from February 1991 looked just like its contemporary, OS/2 1.3 (released just a few months earlier). The default color scheme was different but visually there are far more similarities than differences. Here’s OS/2 2.0 in Feb ’91: 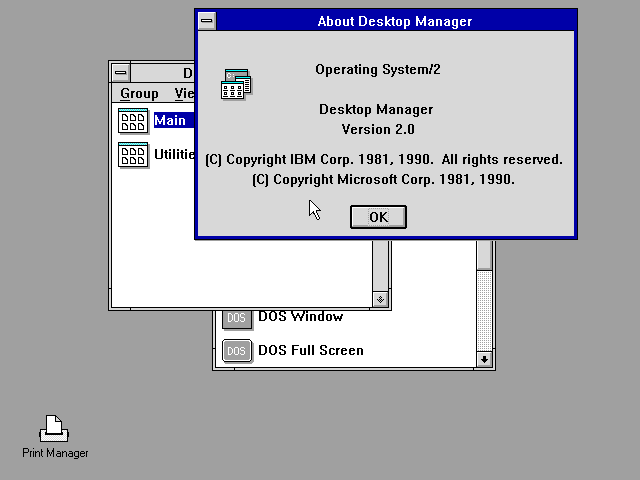 Under the hood, there were huge differences. The kernel was to a large extent (but not purely) 32-bit, with support for much more memory than the 16MB maximum of OS/2 1.x. The OS supported paging with a uniform 4KB page size (defined by the hardware), much easier to manage than swapping of segments with variable sizes of up to 64KB in OS/2 1.x.

Given that 32-bit applications had not yet been written, the most visible difference from OS/2 1.x was DOS support. Instead of a single full-screen DOS session, OS/2 2.0 revision 6.123 could run multiple DOS sessions at the same time, in a mix of windowed and full-screen (with a way to switch between windowed and full-screen at run-time). That included support for running VGA graphical applications in a window, such as Windows 2.11: 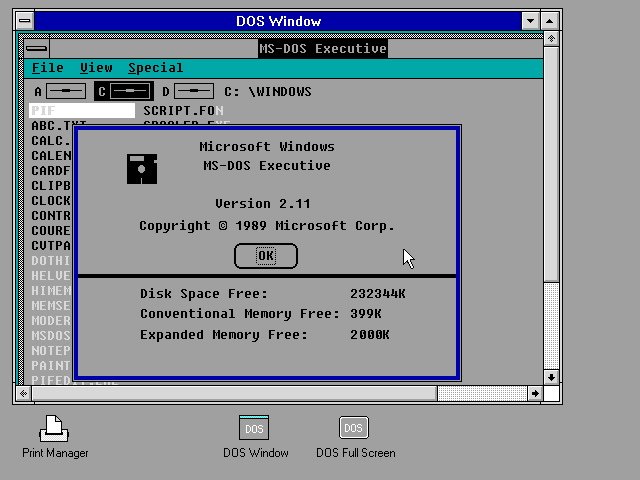 The DOS subsystem (called MVDM, for Multiple Virtual DOS Machines) was clearly pretty far along. There were numerous settings used to tweak configuration (memory sizes etc.), performance, and compatibility, but users could only guess what many of them did because the Help button simply did nothing. 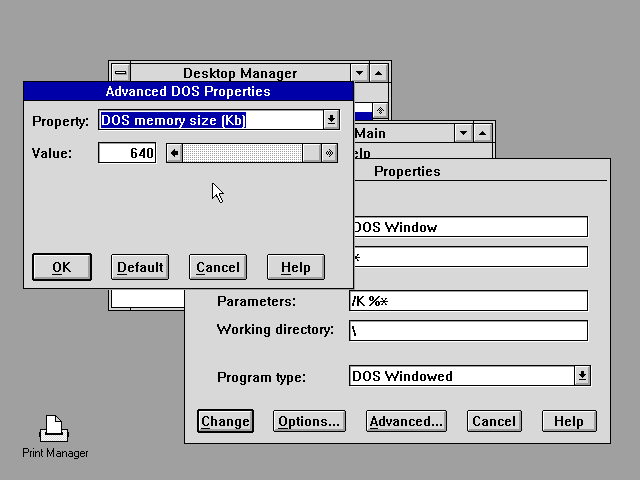 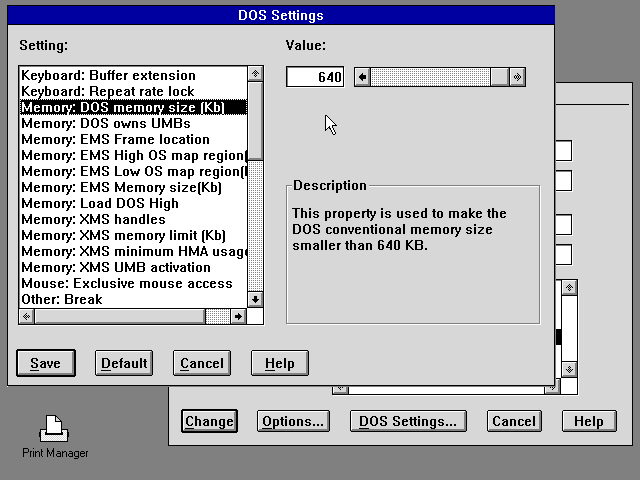 The OS was clearly very, very unfinished. There were gaping holes, such as completely non-functional Tutorial and PM REXX icons: It’s apparent (and hardly surprising) that Microsoft’s focus in the OS/2 SDKs was to provide an OS that developers could work with and design applications for, not necessarily a polished product for end-users.

In the year between the 32-bit preview build 6.123 and OS/2 2.0 GA, IBM did a huge amount of work. The final product was almost unrecognizable. Workplace Shell, Windows 3.0, reworked disk subsystem, and more: 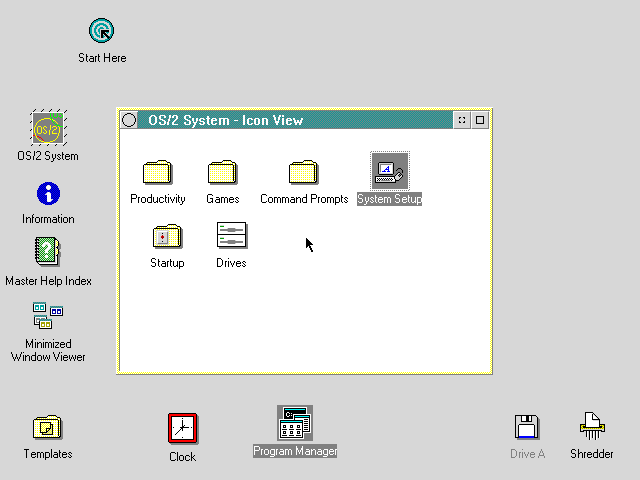