When I tried to unearth older issues of same, I stumbled upon a curious PDF file. It looks like an Ensoniq Soundscape manual, but it’s in fact mostly filled with hundreds of posts from comp.sys.ibm.pc.soundcard.advocacy, capturing a major flame war in response to the innocently named Patch Set Overview. The flame war was basically Rich Heimlich vs. the united forces of Gravis Ultrasound fandom. 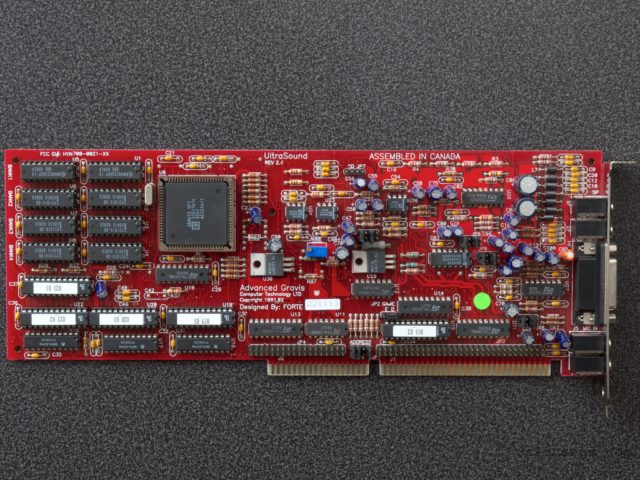 With the distance of 20+ years, it’s fascinating to read. And it’s hard to escape the conclusion that Mr. Heimlich was right and the GUS fans were wrong, and often extremely rude about it (although Mr. Heimlich certainly did not hold back).

Rich Heimlich ran a games QA company called Top Star. That put him into a fairly unique position of someone who was familiar with the then-current crop of mass-market sound cards, how they sounded, and what flaws they had, especially when used with games (the #1 use for sound cards by far, at least at the time).

He had the idea of publishing a rating of popular wavetable sound cards since most people only ever heard one or two and had no basis for comparison. That sounds sensible, but on comp.sys.ibm.pc.soundcard.advocacy  the overview was immediately attacked by GUS fans. The responses ranged everywhere from “I don’t care what you say”, “you’re wrong”, “you’re lying”, “you don’t know anything”, to “you’re a paid shill of Creative Labs”. 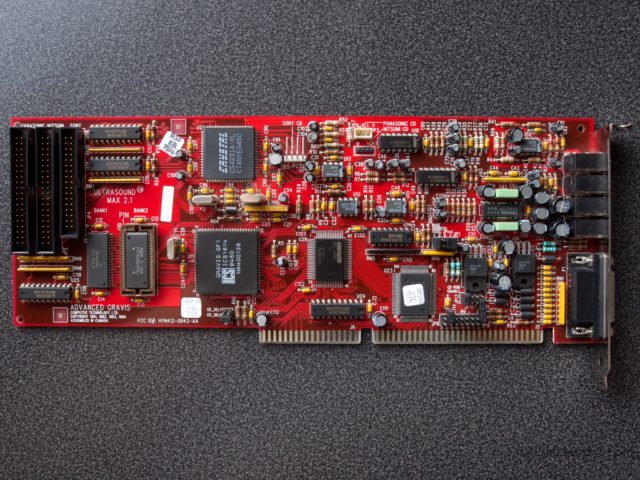 The discussion is fascinating. One valid criticism brought agains the overview was that there is “pure” and weighted scoring, but no explanation of the weighting. That was taken into account for the 5th issue and the weighting was better explained.

But the biggest thrust of the most incensed posts was that the whole thing is an attack on the GUS and that the GUS is unfairly rated worse than terrible, horrible, no-good Creative Labs products. No one seemed to mind that the GUS was rated lower than Roland or Ensoniq products, but rating below the AWE32 was clearly a capital offense. Mr. Heimlich did not calm the situation by claiming that the GUS was a failing product selling poorly and with a high rate of returns.

That the GUS ultimately failed is clear enough. Knowing the sales numbers would be rather interesting. Based on how rare GUS cards are nowadays (especially compared to Sound Blaster 16 and AWE32), it is obvious that GUS sold much, much worse than the Sound Blasters.

Reading the raging discussion it is apparent that Mr. Heimlich had a much better understanding of the sound card market than the ardent GUS supporters. He also knew about problems that specifically game developers had with the GUS (no MIDI interpreter, no ROM, resulting high memory requirements).

Back in the 1990s, I only kept hearing about the Graves Ultrasound and how great it was. I only got my hands on one around 2003 when it was long obsolete. And it was… well, underwhelming.

The mostly-software Sound Blaster emulation was a real dog, even with the latest & greatest software. The sound quality was a bit meh, not because the synth as such was bad (although the output sample frequency dropped like a rock with lots of channels) but because 1 MB just isn’t that much. And 1 MB was the maximum the GUS could be upgraded to (prior to GUS PnP); the base model came with just 256 KB RAM. 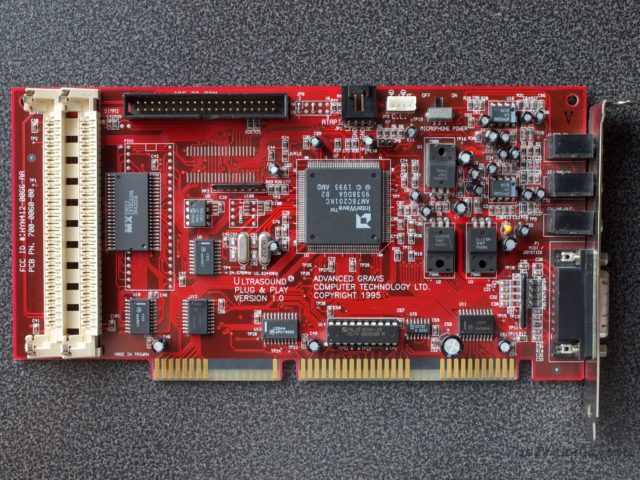 In hindsight it’s obvious that the GUS came at the wrong time. It was a sound card with good potential, but the Sound Blaster and AdLib standards were already firmly established, and register compatibility with those standards was a market requirement.

Basically the GUS needed to come either earlier, heading off the Sound Blaster, or it needed to wait until a platform like Windows 95 arrived where hardware compatibility wasn’t a big problem (but at that time, it would have had to be much, much better).

It would appear that Gravis was so certain they had a winner on their hands that they dismissed the reality of Sound Blaster compatibility requirements. While there is no doubt that the GUS was an excellent tool for music composition (it was basically a sampler), that market was tiny compared to the market for a games-compatible card.

It is instructive to compare the GUS with Ensoniq boards (especially with the Ensoniq Vivo 90). Neither had Sound Blaster compatible hardware, but Ensoniq had samples in ROM (no RAM) and considerably better software providing Sound Blaster and AdLib emulation. The Vivo 90 was a fairly cheap card (like the GUS) and likely outsold the GUS by one to three orders of magnitude, in no small part thanks to numerous OEM design wins—because it much better satisfied market demand. Such is life.