After years of looking for a good storage solution for 386 chips, I accidentally stumbled upon it: 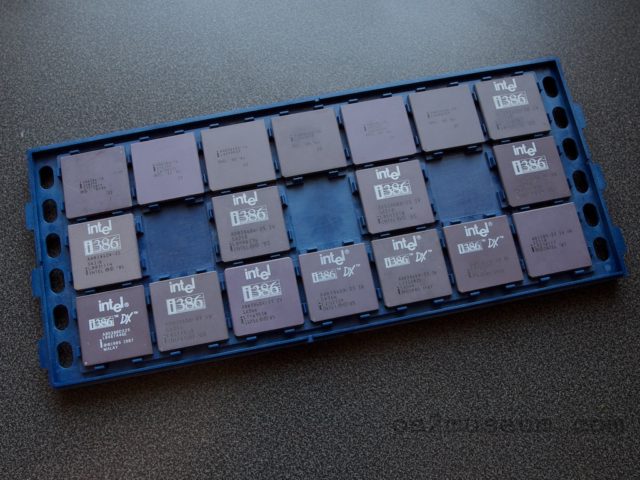 This is a relatively modern CPU tray, designed for—I believe—Socket G processors, It turns out that old ceramic PGA 386s fit in the tray rather well. 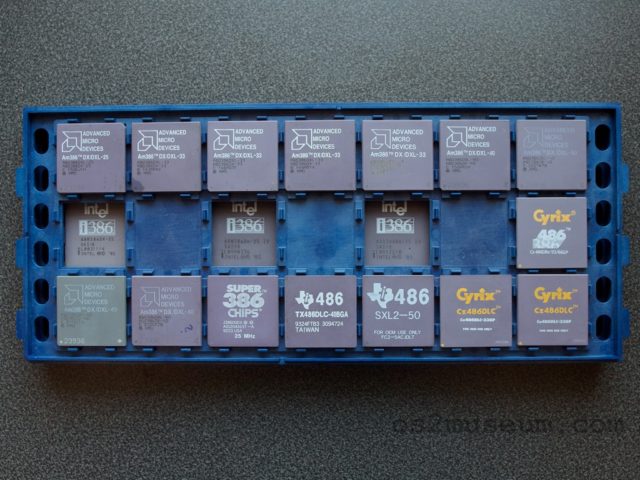 It is not a perfect fit. The 386s are slightly thicker than the PGA988 processors that the tray was designed for. That means when the trays are stacked, the upper tray sits on top of the CPUs rather than on the lower tray, but that is a minor problem. And it’s not like the ceramic is going to break. 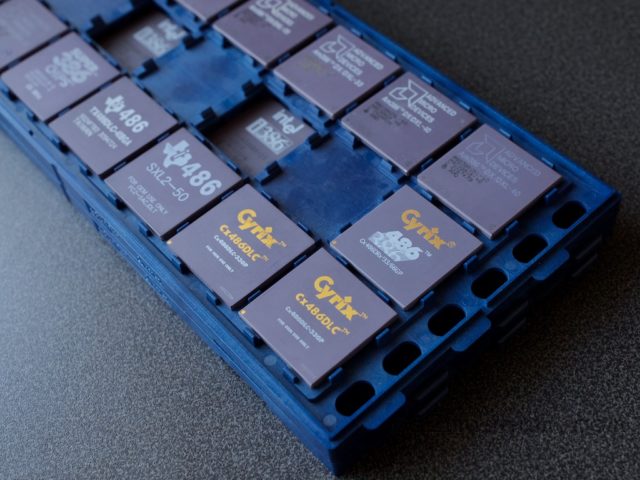 What really matters is that I can finally keep 386s in nice trays where the CPUs are well protected (bye bye, bent pins!) and easy to locate.

Similar and much less unusual tray reuse has been suggested for other situations, such as this: 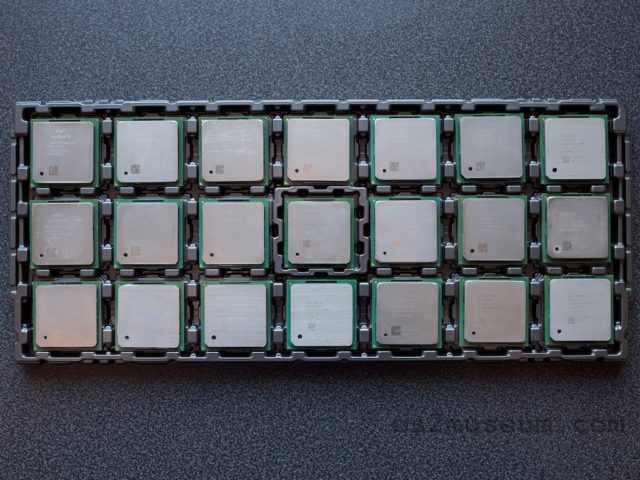 Those are Socket 478 Pentium 4 processors stored in a tray designed for Socket 775/771 CPUs. It’s again not ideal because the CPUs sit on their pins rather than just the edges of the package, but it’s not a problem because the trays stack properly and the CPUs have quite enough pins that they won’t get bent by the weight of the CPU alone.

In related news… does anyone know where to get CPU trays suitable for 486s? I have enough storage for Socket 5/7/370 CPUs, not enough socket 4 and 8 CPUs to need trays, and finally found a 386 storage solution. But I have enough 486s that they are a pain to store without a tray.

This entry was posted in 386, PC hardware. Bookmark the permalink.

11 Responses to Getting Organized, Finally