While searching for an unrelated piece of hardware, I came across an old video capture board. Alarm bells started going off when I heard something rattling in the anti-static wrap.

Sure enough, one of the large capacitors fell off… because it had started leaking and corroded its own solder points as well as some of the surrounding components. Another capacitor only needed a gentle prod to fall off as well. The bad caps used to be C62 and C64. The third capacitor of the same type (C71) is still attached, but it may be beginning to leak as well and probably needs removing: 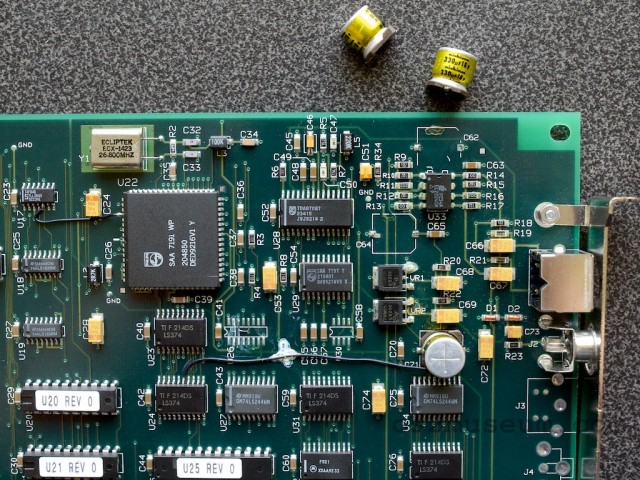 So what exactly is this card? Let’s see..

The maker of the board is obvious: SuperMac. The SuperMac logo is hard to miss: 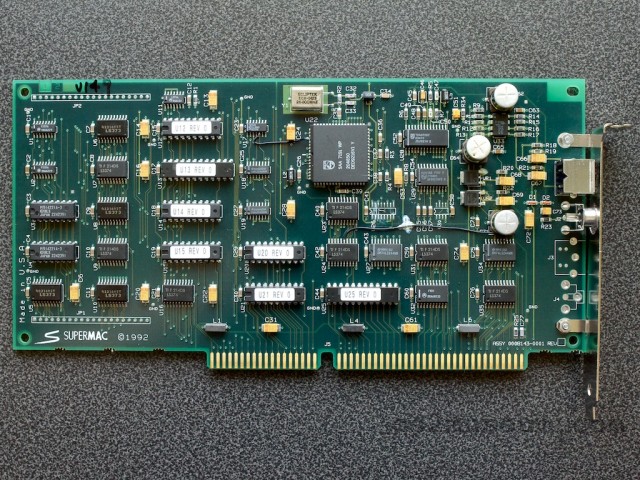 But wait… although SuperMac was well known for its Video Spigot board for Mac, that was a NuBus board, not ISA. SuperMac supposedly never sold a Video Spigot for Windows.

However, someone else did… Creative Labs. The product was called Creative Video Spigot for Windows, model CT6030. SuperMac reportedly developed the ISA-based Video Spigot but never marketed it, instead selling the product to Creative in November 1992.

Interestingly, the Creative Video Spigots had a slightly different PCB with a Creative copyright and no mention of SuperMac. My board is from late 1992 which makes it either a prototype or a very early production model made before the re-branding.

Then again, the January 26, 1993 issue of PC Mag includes a review of a $499 SuperMac Video Spigot for Windows with no mention of Creative, and with a photo of a board that’s obviously SuperMac-branded and very similar to mine. Of course the review may have been based on pre-release hardware. Clearly there is some disagreement as to whether SuperMac really sold ISA-based Video Spigots or not.

On the other hand, the prototype theory is supported by the bottom side of the PCB: 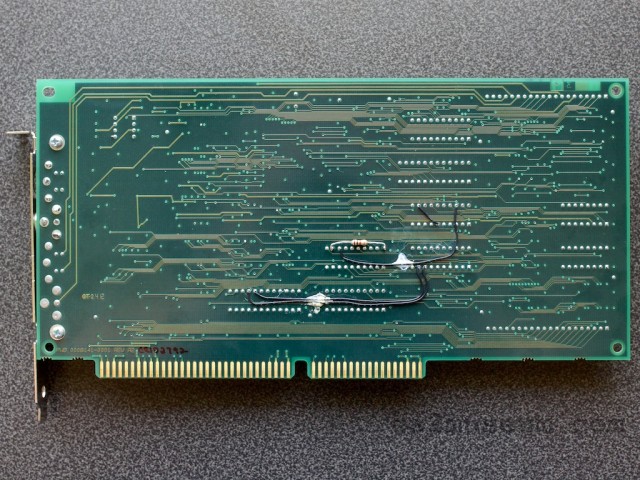 Those patch wires are not something normally found on production boards, at least not unless the production run is very small. Manually fixing PCB design errors is too expensive for mass production.

The real question now is, can the card be fixed? The damage caused by leaking electrolyte doesn’t seem to be fatal, and the capacitors themselves also look like they should be replaceable. For reference, the leaky caps were Nichicon 330uF, 16V.

A secondary question is how to verify that the board actually works, i.e. where to find drivers. Perhaps the original Video for Windows package in combination with this driver might work with the Video Spigot. That remains to be seen.

This entry was posted in Graphics, PC hardware, PC history. Bookmark the permalink.