(This is a guest post by Antoni Sawicki aka Tenox)

In a recent blog post I lamented the lack of a good console/cmd/PowerShell text editor for Windows. During the process I made a rather interesting discovery, that in a fact there IS a “native” Windows, 32bit, console based text editor and it was available since earliest days of NT or even before. But let’s start from…

…in the beginning there was Z editor. Developed by Steve Wood for TOPS20 operating system in 1981. Some time after that, Steve sold the source code to Microsoft, which was then ported to MS-DOS by Mark Zbikowski (aka the MZ guy) to become the M editor. 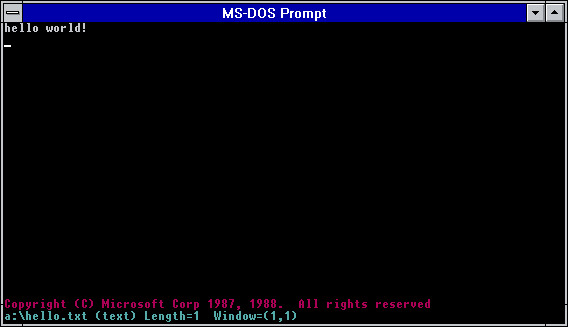 The DOS-based M editor was included and sold as part of Microsoft C 5.1 (March 1988), together with the OS/2 variant, the MEP editor (perhaps M Editor Protected-mode). The official name of M/MEP was simply Microsoft Editor. The same editor was also available earlier (mid-1987) as part of the  MS OS/2 SDK under a different name, SDKED. Note that normally SDKED insists in operating in full screen mode. Michal Necasek generously spent his time and patched it up so that it can be run in windowed mode for your viewing pleasure. 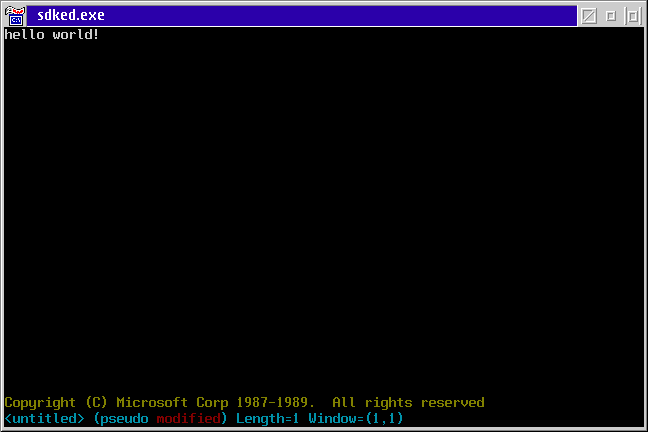 However my primary interest lies with Windows. The NT Design Workbook mentions that an early days self-hosting developer workstation included compiler, some command line tools and a text editor – MEP.  In fact these tools including MEP.EXE can be found on Windows NT pre-release CD-ROMs (late 1991) under MSTOOLS. It was available for both MIPS and 386 as a Win32 native console based application. 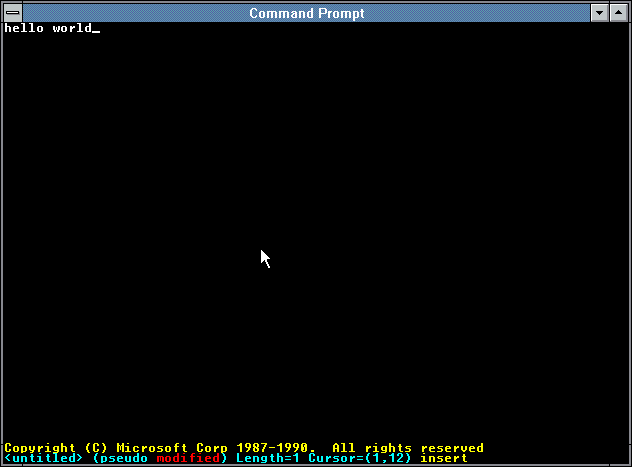 MEP.EXE was later also available for Alpha, i386, MIPS, and PowerPC processors on  various official Windows NT SDKs from 3.1 to 4.0. It survived up to July 2000 to be last included in Windows 2000 Platform SDK. From time perspective it was rather unfortunate that it was buried in the SDK and overshadowed by Visual Studio instead of being included on Windows NT release media. 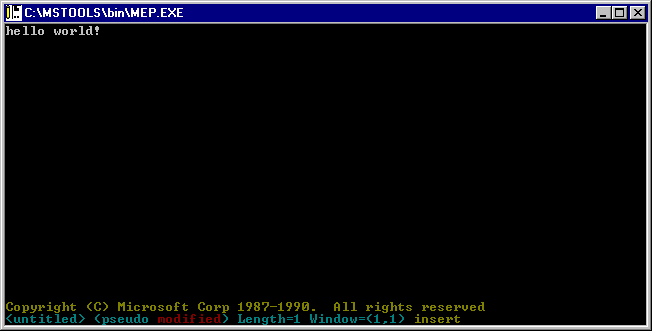 The Win32 version of MEP also comes with an icon and a file description which calls it Microsoft Extensible Editor.

But that’s not the end of the story. The editor of many names survives to this day, at least unofficially. If you dig hard enough you can find it on OpenNT 4.5 build. For convenience, this and other builds including DOS M, OS/2 MEP and SDKED, NT SDK MEP can be downloaded here.

Digging in through the archive I found not one but two copies of the editor code are lurking in the source tree. One under the name MEP inside \private\utils\mep\ folder and a second copy under name Z (which was the original editor for TOPS) in \private\sdktools\z folder. Doing a few diffs I was able to get some insight on he differences. Looks like MEP was initially ported from OS/2 to NT and bears some signs of being an OS/2 app. The Z editor on the other hands is a few years newer and has many improvements and bug fixes over MEP. It also uses some specific NT features.

Sadly it looks like the Z editor for Win32 was never released anywhere outside of Redmond. All the versions outlined so far had copyrights only up to 1990, while Z clearly has copyright from 1995. Being a few years newer and more native to NT I wanted to see if a build could be made. With some effort I was able to separate it from the original source tree and compile stand alone. Being a pretty clean source code I was able to compile it for  all NT hardware platforms, including x64, which runs comfortably on Windows 10. You can download Z editor for Windows here. 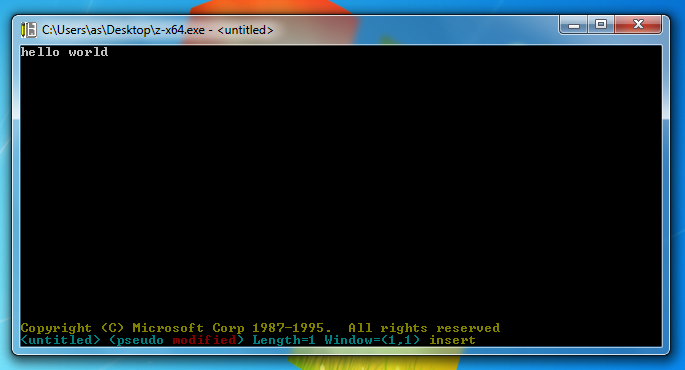 Last but not least there is a modern open source re-implementation of Z editor named K editor. It’s written from scratch in C++ and LUA and has nothing to do with the original MEP source code. K is built only for x64 using Mingw. There are no ready to run binaries so I made a fork and build. 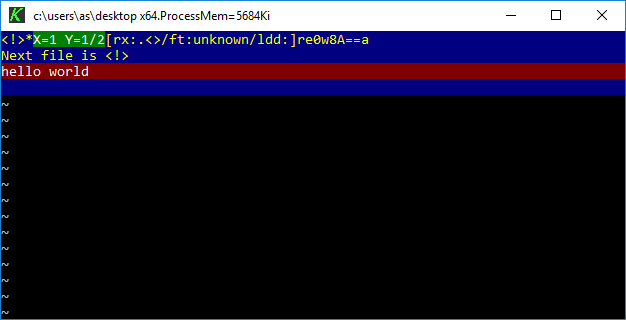 The author Kevin Goodwin has kindly included copies of original documentation if you actually want to learn how to use this editor.