A few days ago my almost new (i.e. not quite 25 years old) Roland LAPC-I arrived. It’s essentially a MT-32 synth on a stick. I plugged it into a Pentium board, tried playing some music and… nothing. 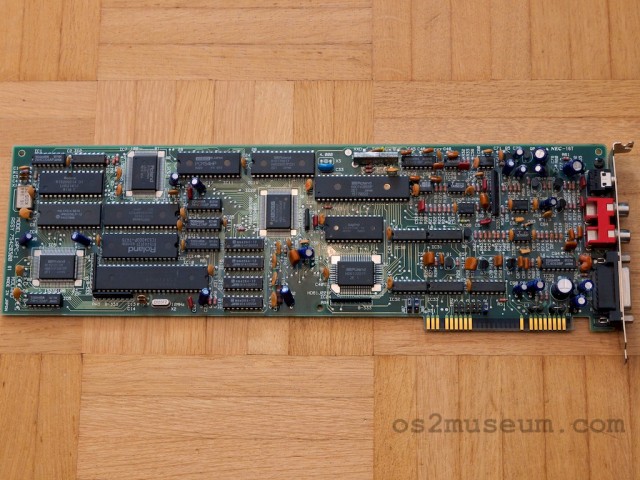 Was it perhaps not jumpered to respond at the standard 330h port? (The LAPC-I supports base addresses of 330h, 332h, 334h, and 336h). A quick check with DEBUG showed that there certainly was something responding at ports 330h and 331h. The documentation was in agreement—the jumpers were in their default position indicating port 330h.

The synth’s microcontroller (Intel P8098) was slightly warm so there was at least some power. But the MPU-401 interface was clearly misbehaving. Not only was there no sound but software didn’t think there even was any MPU-401 hardware at all. Perhaps trouble with a too fast PC?

I increased the 430HX chipset’s 8-bit I/O recovery time in the BIOS to maximum. I tried slowing down the CPU. It had zero effect. Perhaps the PC was just too new?

I moved the LAPC-I to a 25 MHz 386 board. This particular LAPC-I seems to be a relatively new unit made in August 1992 and the 386 board is from 1990, so there should really be no speed problems. Still no go, the LAPC-I didn’t behave any better in the 386 than it had in the Pentium. Hmm.

Poking around the MPU-401 registers in DEBUG suggested that the board does not respond to reset or really any command, but does present somewhat reasonable-looking status and data ports.

The previous owner said that the card worked when it was retired, but hadn’t been tested recently. What could have gone wrong? Visual inspection of electrolytic capacitors revealed nothing suspicious. No smell of burnt electronics. No obvious mechanical damage, but there was one problem.

It is painfully obvious that the LAPC-I was not designed as a PC adapter card. It really is a MT-32 on an ISA board, and the MT-32 is a synth where the PCB is enclosed in a steel box with well over an inch of space inside. The mechanical design very much reflects that.

When the same PCB was tweaked and placed on an adapter card, Roland ended up with a very “fat” board. The capacitors are sticking out far enough that it’s very difficult to mount the LAPC-I in a slot with another card next to it. 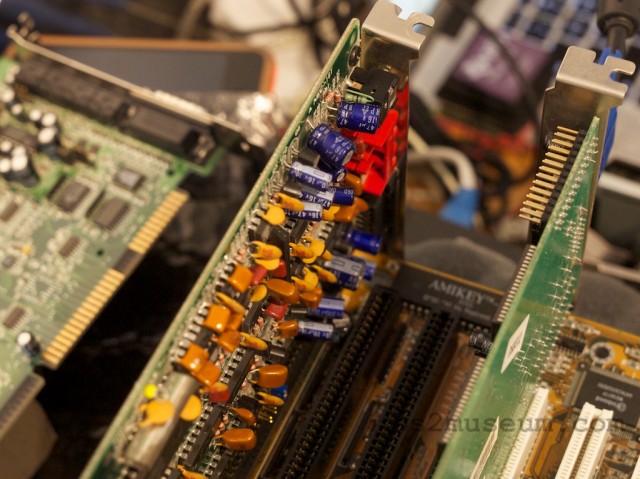 And my LAPC-I looked a bit like someone had sat on it. Not recently, since it was very carefully packed for shipping in a giant box with lots of padding. But nearly all the capacitors (electrolytic and ceramic) that stick out of the board were a more or less bent and flattened against the board. Photos of other LAPC-I boards did not show anything similar.

At the same time, it didn’t look like any of the components were damaged and there wasn’t any apparent short. I straightened out the capacitors slightly so that they wouldn’t touch each other or anything else. I continued going over the board, and because it’s a full-length ISA card, there was a lot of surface to cover.

Then I found it. On the reverse side, the long legs of capacitor C33 were bent in such a way that two of them were touching each other and possibly also a pin on a nearby chip (IC22). Easily straightened with needle-nose pliers. I checked for further suspicious bent pins but found none. 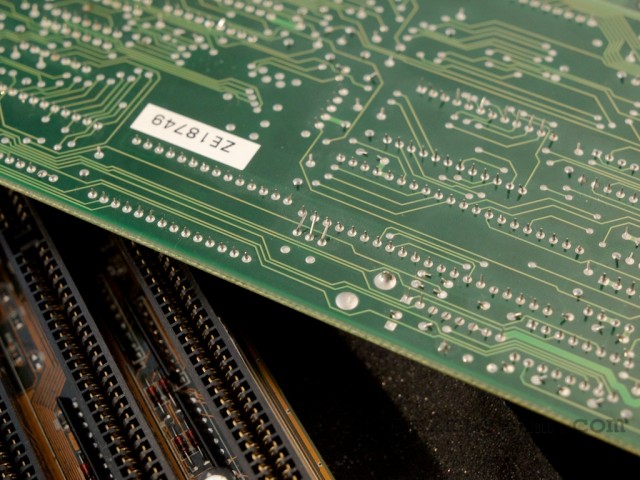 I booted the 386 again, and… there was the glorious 80s synthesizer sound! Moved the LAPC-I back to the Pentium 430HX board and sure enough, it worked too.

Moral of the story? A LAPC-I board needs to be carefully stored in a protective box. An anti-static bag or even bubble wrap isn’t enough. Also, there’s a lot that can be done with a pair of pliers.

A minor surprise was that Roland was still manufacturing the LAPC-I boards in the second half of 1992. My Roland SCC-1, the successor of the LAPC-I was made in October 1991, almost a year earlier. The MT-32 itself was already 5 years old in 1992 and the SCC-1 (the first Sound Canvas generation) is far superior in sound quality.

And a closing terminology note. The LAPC-I is often called LAPC-1 (‘one’ instead of ‘capital i’) even though the board very clearly says ‘I’. For the LAPC-I packaging and documentation, Roland used a sans serif font which made it difficult to tell ‘I’ from ‘1’, and the successor was called SCC-1 (‘one’) to muddle things up some more. The confusion is so great that even Roland sometimes refers to LAPC-1. For example the manual Roland offers for download is called LAPC-1_OM.pdf… although the text clearly talks about LAPC-I. It’s a very interesting piece of hardware either way.

This entry was posted in PC hardware, Roland. Bookmark the permalink.

12 Responses to Fixing an LAPC-I